The world is heating up. Globally, July 2021 was the hottest month on record, while this year Europe recorded possibly its highest temperature in history (almost 49°C in Sicily), wildfires struck huge swathes of the world, and the effects of extreme heat killed (including cardiovascular and respiratory disorders and heat stroke) over 2,500 people in 2020 in the UK alone.

The way we design and build homes can play a huge role in mitigating the deleterious health effects of extreme heat while at the same time reducing the carbon footprint and negative environmental impacts of our buildings. 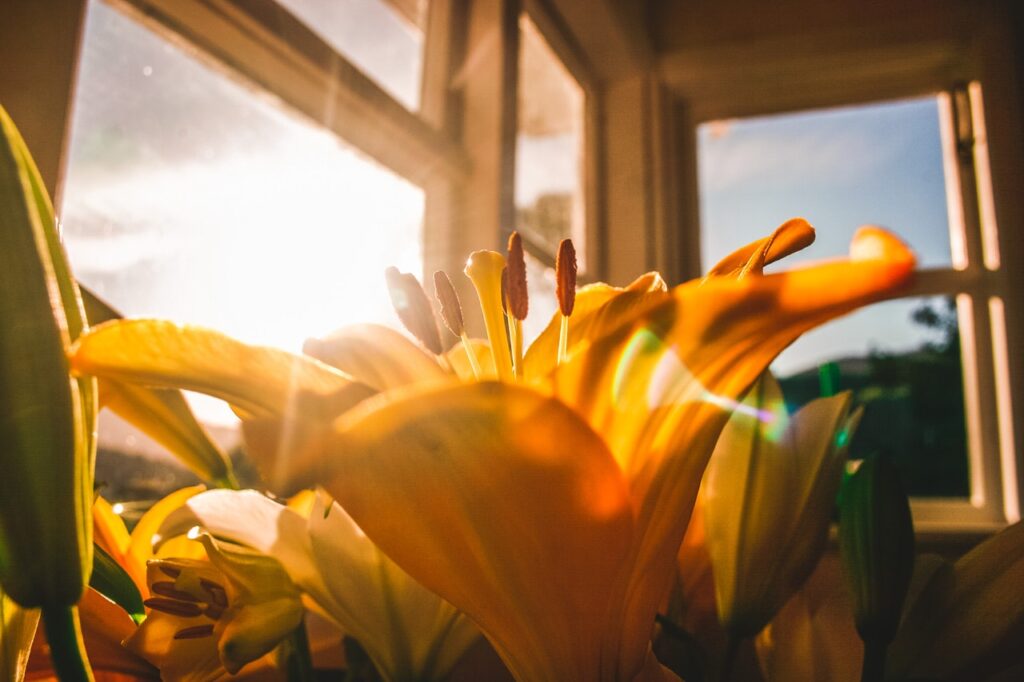 In recent years, air conditioning has come to be seen as a panacea for our increasingly warm buildings, but it comes with its own drawbacks, including a huge global carbon footprint, as the approximately 1.6 billion units worldwide use more electricity than the entire African continent. Air conditioning also pumps warm air into our streets, increasing the so-called “urban heat island” effect – heating our already dangerously hot urban environments even further.

Somewhat paradoxically, the way forward can be illuminated by our architectural past. The wisdom of centuries of civilisation has been lost as technology reduces the need for passive temperature control in our architecture. Look to the ancient architecture particularly of the Middle East, the Indian subcontinent and the Mediterranean and there are a vast range of common-sense solutions to cooling our buildings. We’ll explore a few of these and hopefully provide some inspiration for your own designs along the way. 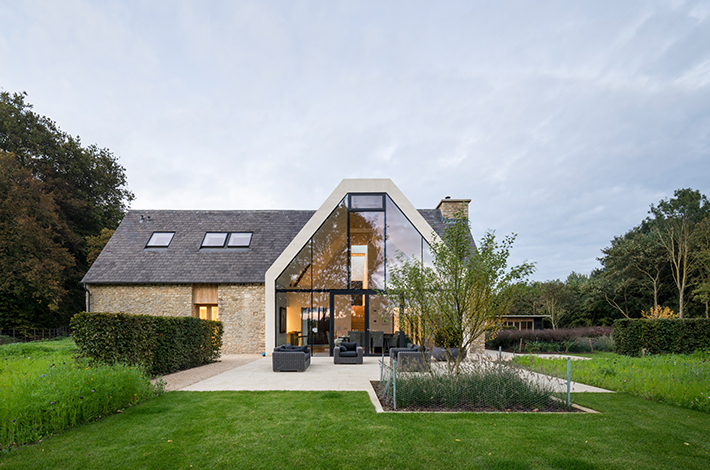 The havelis of the Indian subcontinent (particularly in more arid regions, including the Pakistan/India border and central India) use space and an ingenious material palette in extraordinarily clever ways to cool buildings in the scorching summers. During a hot summer day, air in open courtyards heats up and, as we all know, hot air rises, creating a vacuum and drawing warm air out of the building as well as creating a cooling draft effect. Once the sun sets, the opposite occurs – cool air sinks into the courtyard and seeps into the rooms surrounding it. Once inside, the cool air heats up and is drawn away through open windows (often situated higher up in a space to amplify the effect), creating a flow of cool air throughout a building.

Courtyards are often combined with vegetation to provide extra shade as well as evaporative cooling (when water evaporates, it takes heat with it, which is why sweating is such an effective cooling technique in biology). Further evaporative cooling can be achieved with water features, particularly fountains, which can be found in many courtyards across the Indian subcontinent.

Like havelis, buildings in hot, dry climates, such as the Mediterranean often feature material palettes conducive to passive cooling during the long hot summers. Traditional buildings in the Mediterranean often feature thick stone or mud-brick walls, which serves a twofold purpose. The high “thermal mass” (how much heat energy a material can store) of dense, heavy materials like sandstone or marble mean they act as heat sinks in the day, drawing in heat from the surrounding air.

During the night, the heat dissipates (particularly useful in winter, as it provides passive heating) and the process starts again the following day. Concrete also has a high thermal mass, but, as with air conditioning, this modern solution only exacerbates the problem of climate change through huge embedded carbon emissions (the carbon used to manufacture goods and materials). 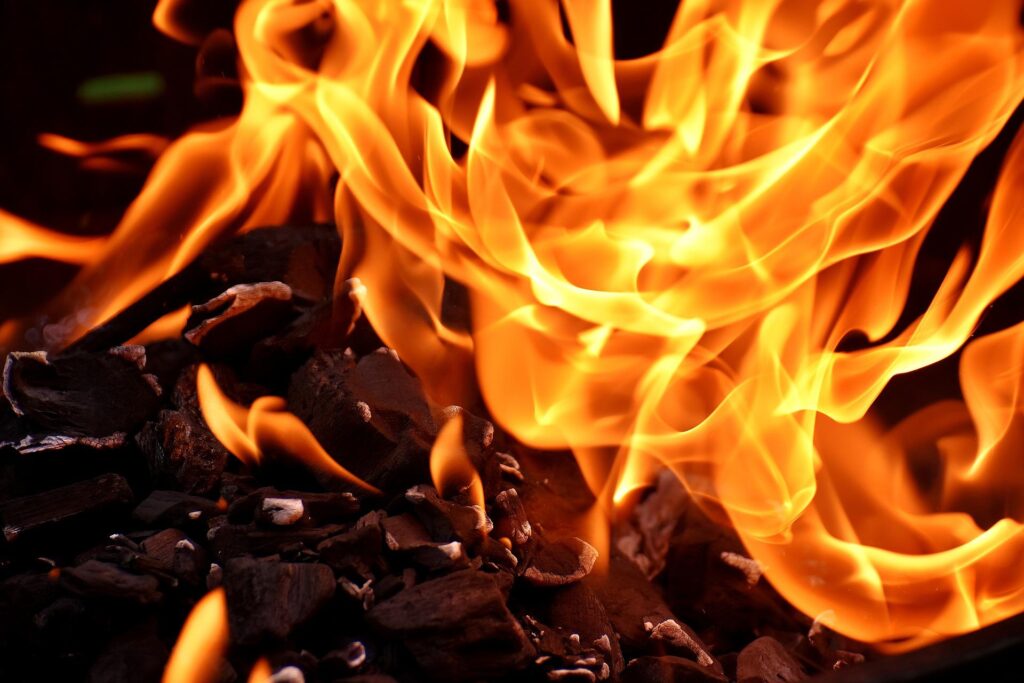 Careful consideration should be given to the placement of high thermal mass materials. Generally, you’ll want the materials to have good access to direct sunlight, so they’re best placed near windows. However, in summer, they need to be shaded from the sun, as they will become unbearably hot and actually heat up a space, so blinds and curtains should be used to reduce their exposure to direct sunlight during the hottest part of the day. While you could in theory use something like natural stone for the whole floor, even a strip of high thermal mass material in a sunny spot will have a drastic cooling effect on a space. These sorts of materials should also have access to breezes on hot days to speed up the cooling effect.

Colour is closely linked to the thermal mass of a material in terms of heat management. The darker a material, the more heat it will absorb, so dark stone tends to be the material of choice for cooling through absorption. Conversely, sometimes it’s desirable to reflect heat away from a space, which is why many Mediterranean buildings have bright exterior shells (think the whitewashed walls of a Greek island villa). White reflects the vast majority of solar radiation away from a surface, meaning it doesn’t heat up as much as darker surfaces, which is crucial for temperature regulation in hot, sunny regions. 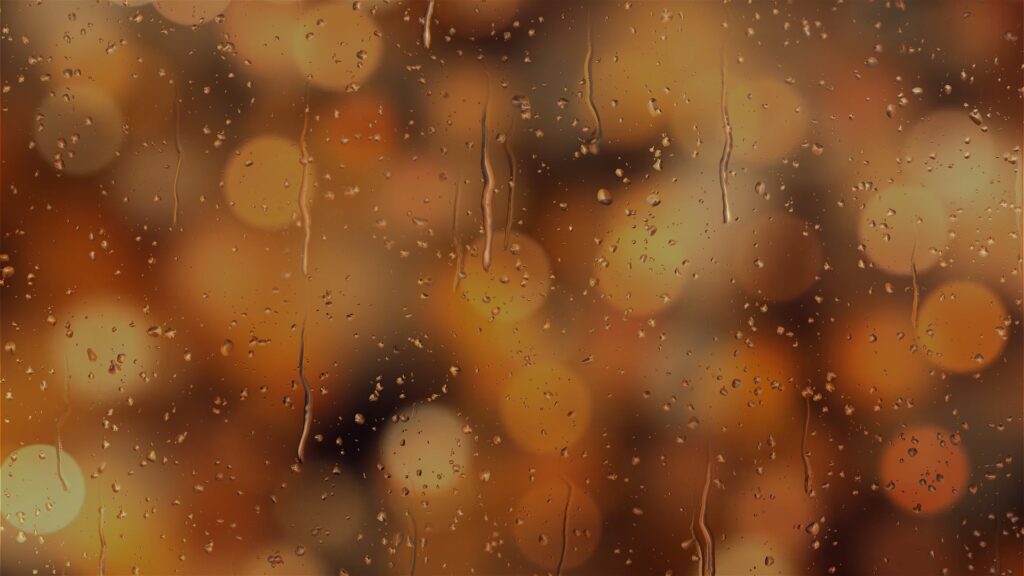 The architecture of the Middle East, the cradle of human civilisation, has developed over millennia to counteract the scorching, dry heat of much of the region. One of the key features of Middle Eastern architecture is the use of specialist structures designed to cool a space. Windcatchers and mashrabiyas (balconies enclosed with wooden latticework) can be seen across the Arab world, from Egypt to Iraq.

Much like courtyards, these architectural features rely on the flow of air to cool spaces. The basic principle of the mashrabiya was to allow air to flow through spaces, replacing warm air in a room with cooler air from outside. Earlier mashrabiyas often featured jars or small pools of water to further the effect through evaporative cooling, indeed the root of the word is sharabaaba araraaa(“to drink” in Arabic), as water was stored in these cooler spaces in order to cool it and make it more refreshing – this had the added benefit of allowing evaporative cooling. The latticework means that air is filtered, removing the dust often associated with hot, dry climates, further increasing comfort levels inside a building. This sort of latticework was co-opted by Charles Édouard Jeanneret (also known as Le Corbusier), one of the pioneers of passive energy control in architecture, who designed the first modern “brise-soleil” for the Ministry of Education and Public Health building in Rio de Janeiro in 1937.

Windcatchers can function in one of two ways. In windier climes, early architects created an active cooling system, known as windcatchers (or malqaf in Farsi) with openings facing the prevailing wind to draw in air, which then flows through a building to an opening on the other side, recycling hot interior air and creating a cooling breeze.

In areas with less windy conditions, the orientation of the openings mattered less and the malqaf essentially acts as a sort of solar chimney, drawing warm air up away from internal spaces and venting it through openings in the top of the structure, creating air flow and removing warm air from the interior of a building. 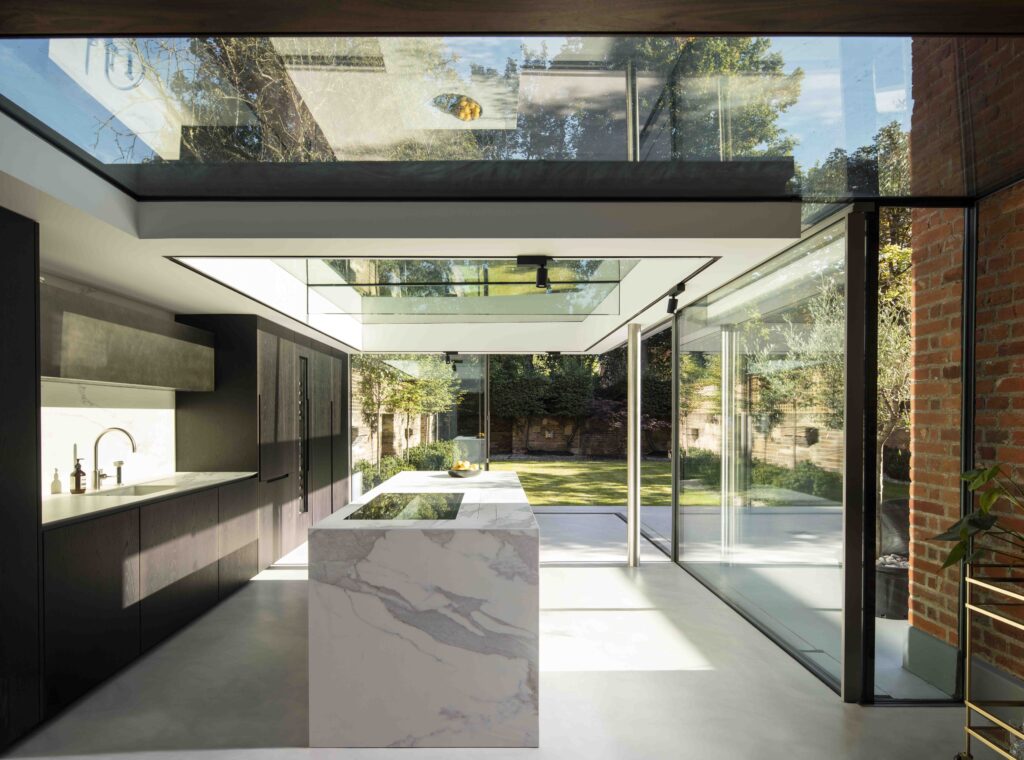 As glazing specialists, it would be remiss of us not to talk about glass! The Romans were the first civilisation to create glass clear enough for use in windows, and the earliest examples of these come from the end of the 1st century CE. These were typically fairly small, as glass production techniques didn’t allow for the creation of larger flat panels until around 600 years later. Before the advent of the first glazed windows, openings to let in light were typically closed off by shutters. Now, relatively transparent glass allowed light through while keeping out cold air, meaning openings could be larger, letting in more light and benefiting more from the solar gain effect.

While the relative opacity and expense of early architectural glass meant it was of limited utility, the ubiquity of glass today demonstrates the power of glass to enhance not only the aesthetics of a building, but also its utility.

To conclude, while in the UK, while we currently face fewer challenges with extreme heat than in the areas we explored above, in future, designers, architects and specialists would do well to look to the past for low-tech, low-carbon interventions to fight the growing threat of extreme heat. Indeed, as the UK moves towards greater sustainability in architecture, several of the above methods have already gained popularity. The Tealby Building (part of Battersea Dogs and Cats Home) was recently redesigned by Jonathan Clark Architecture to include 12 windcatchers to passively control the ambient temperature of the kennels, while providing the canine inhabitants with fresh air 24 hours a day at no extra cost to the charity.

The Courtyard House, designed by Fraher & Findlay and featured in Don’t Move, Improve’s 2020 exhibition, features, as one would expect, a courtyard to the rear of the property, built with the express intention of increasing ventilation. The courtyard is connected to the kitchen by sliding doors, allowing the occupants to control the level of ventilation to suit the outside temperature. This gives a finer degree of control than was historically possible when courtyards first came to prominence and makes the feature more suitable to our rather mercurial climate. 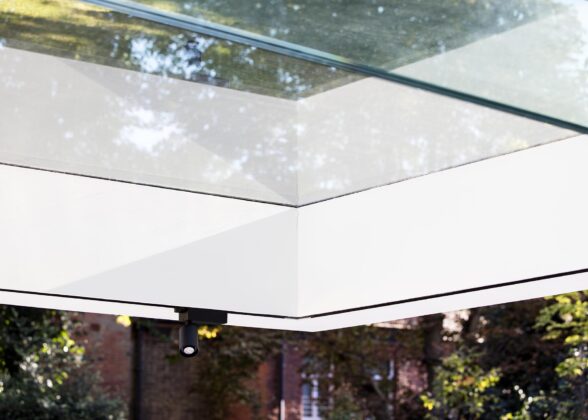 Can You Cut Toughened Glass? Everything You Need to Know

Do you have a project in mind? Let’s work together.

Want to discover more about the world of Cantifix? Get in touch. Visit our showroom. Discuss a project. Or ask a question.

You can find out more about which cookies we are using or switch them off in settings.

This website uses cookies so that we can provide you with the best user experience possible. Cookie information is stored in your browser and performs functions such as recognising you when you return to our website and helping our team to understand which sections of the website you find most interesting and useful.

Strictly Necessary Cookie should be enabled at all times so that we can save your preferences for cookie settings.

If you disable this cookie, we will not be able to save your preferences. This means that every time you visit this website you will need to enable or disable cookies again.

This website uses Google Analytics to collect anonymous information such as the number of visitors to the site, and the most popular pages.

Please enable Strictly Necessary Cookies first so that we can save your preferences!